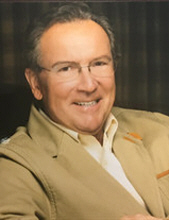 Thomas Albert Escott, Sr. passed away suddenly Saturday, August 8, 2020 at his home on Lake Blue Ridge in Georgia. Mr. Escott was born in Toledo, Ohio on July 27, 1947 to the late Jean and Robert Escott and was the oldest of seven children. He was very proud to have been an Eagle Scout and remained active as a Boy Scout leader.

Tom graduated from The University of Toledo and earned an MBA from The University of Michigan. He married the love of his life Maureen Sullivan on June 19, 1969. He and Maureen were very happy to have celebrated 51 wonderful married years. They raised four children together and enjoyed their eight grandchildren.

Tom and Maureen moved to Atlanta in 1972. Tom began his career at C&S Bank and also worked for the Robinson-Humphrey Company where he was a Chartered Financial Analyst (CFA). He and his family moved to Dallas, Texas for twelve years where he was employed by Paine Webber. Thankfully ‘Tom Honey’ and ‘Mo Baby’ returned with their family to their beloved Atlanta and Tom returned to Robinson-Humphrey. He and Maureen have been living happily in retirement at their cabin on Lake Blue Ridge, surrounded by the most wonderful friends.

Tom was a past president of the Lake Blue Ridge Civic Association. He was also a member and past president of The Phoenix Society of Atlanta and member of the Atlanta Racket Club. Tom loved his golf buddies at Old Toccoa Farm where he was a charter member. He loved fly fishing, riding in his boat and in his beautifully restored 1966 Ford Mustang.

He is survived by his wife of 51 years, Maureen Sullivan Escott and their children: Thomas ‘TJ’ Escott, Jr. and his wife Jennifer; Betsy Escott Nemec and her husband Dan; Molly Escott Kittrell and her husband Ryan; and Allison Escott; and his grandchildren Amanda Bradley and her husband Bryan, Ryan Krepp, Kelley Nemec, Grace Nemec, Charlotte Rose Nemec, Bob Nemec, Caroline Kittrell and Julia Kittrell. Tom is also survived by his siblings Carole Mayers (Mike), James Escott (Nora), Mary D’Entremont (Gary), Timothy Escott (Jackie) and sister-in-law Elaine Escott. He was preceded in death by his parents as well as his brothers Dr. John Escott and Dave Escott.

Tom happily supported the Fannin County Family Connection and in lieu of flowers you may consider a donation. A private service will be held in Blue Ridge, GA with a wonderful celebration of life at a later date. He loved his family and was the most incredibly loving father and grandfather. To know Tom was to love Tom. He was the most generous man.

Arrangements entrusted by the Henry-Cochran Funeral Home in Blue Ridge, Ga. You may send condolences to the family and sign the guest register at www.cochranfuneralhomes. com.
To order memorial trees or send flowers to the family in memory of Thomas Albert Escott Sr., please visit our flower store.