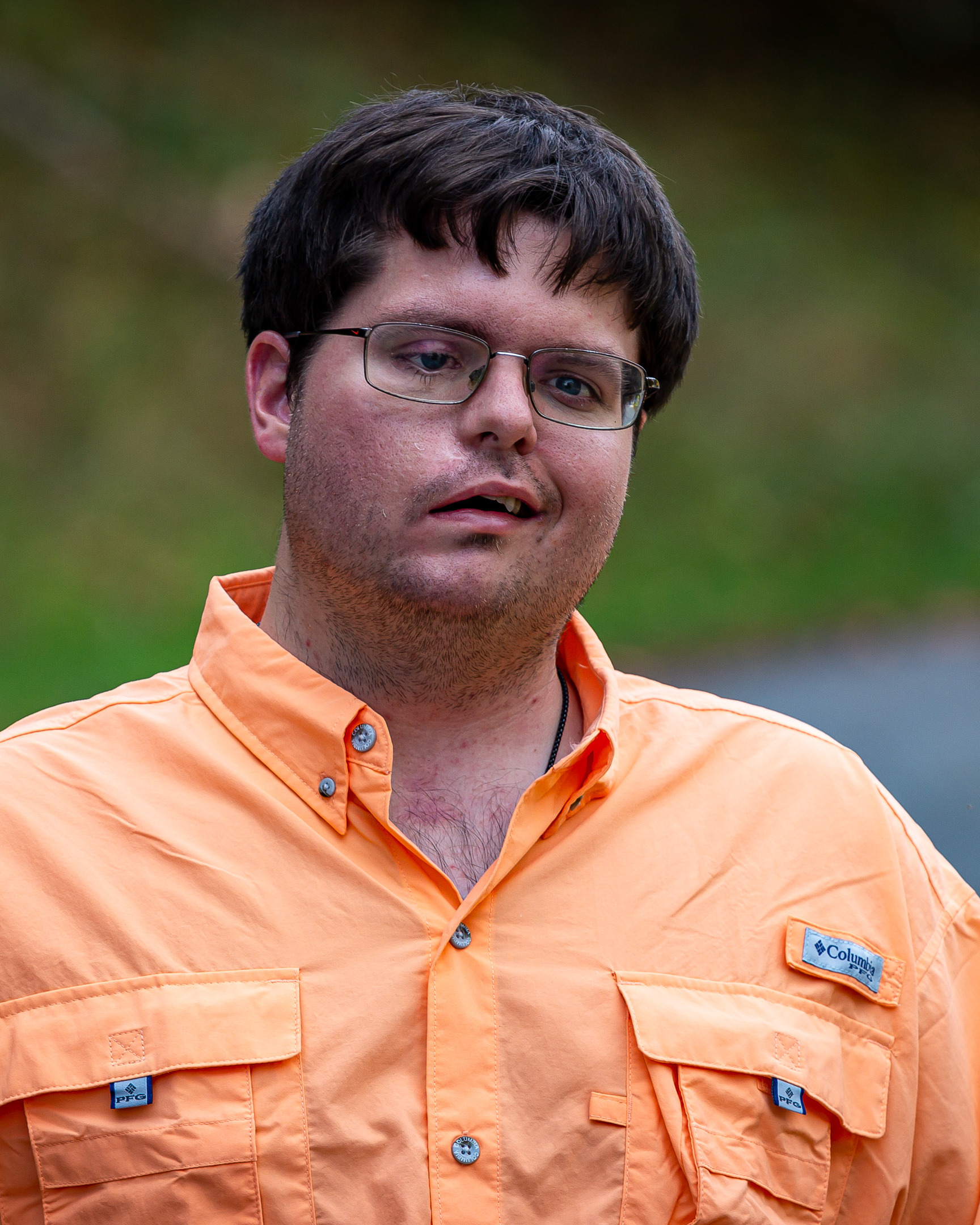 Timothy "Sean" Byers, Age 32, passed away on Monday, November 28th, 2022. Sean was born in Lawrenceville, GA but was a native and resident of Union County. He was the son of Charlie Byers of Warne, NC, and Cindy Odom of Blairsville. Sean was a 2008 Graduate of Union County high school.

Sean was known far and wide as a passionate prayer warrior and a trusted friend. Whether from his post as a Walmart greeter or simply just around town, Sean would commonly be seen praying with people, sharing his faith, and sharing their burdens. Sean regarded everyone he met as a child of God and he loved every person who crossed his path unconditionally. His impact on the community is immeasurable and his legacy of faithful service to his Lord will long out-last his short time on earth.

He was preceded in death by his brother, Kyle Odom; maternal grandparents Joe and Mildred Cook and great-grandparents Claude Davenport and Sue Davenport of Blairsville and Theodore and Anna Bell Cook of Brasstown, NC. Aunt Page Whitehead of KY. Also Paternal grandfather Jack Byers of Warne, NC, and Aunt Gayla Scruggs of VA.

The family will receive friends on Saturday, December 3, 2022, from 1:00 - 4:00 PM (due to road closures for Christmas Parade)  at the Chapel of Cochran Funeral Home of Blairsville, GA.

Funeral Service will be Sunday, December 4, 2022, at 3:00 pm at New Union Baptist Church in Blairsville, GA.

Cochran Funeral Home is honored to serve the family of Timothy "Sean" Byers; you may send condolences to the family and sign the guest register at www.cochranfuneralhomes.com.

To order memorial trees or send flowers to the family in memory of Timothy "Sean" Byers, please visit our flower store.