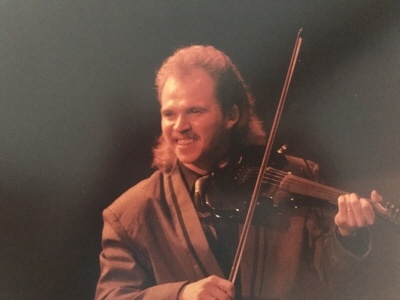 At age six, Tim began playing the fiddle and guitar at age eight. He went on to win multiple awards for his fiddle playing, including the Tennessee State Fiddle Championships six times. He started playing music professionally at age fifteen, playing with The Knoxville Grass. He went on to play for such country acts like Travis Tritt, Charlie Daniels, and Marty Stuart, among many other popular acts. Tim was also a former firefighter for the Gwinnett County Fire Department. After coming off the road as a professional musician, Tim began a twenty-plus year career as a local carpenter and was known for his masterful craftsmanship. Tim was also an avid fisherman and outdoorsman.

Tim married Melinda Passmore on March 15, 1997, in Benton, Tennessee. Tim was best known for his devout love of the Lord, his family, and his musicianship.

The family will receive friends at the Henry-Cochran Funeral Home Monday, May 2, 2022, from 1 till 3 PM.

Cochran Funeral Homes is honored to serve the family of Timothy Passmore. You may send condolences to the family and sign the guest register at www.cochranfuneralhomes.com.

To order memorial trees or send flowers to the family in memory of Timothy T. Passmore, please visit our flower store.