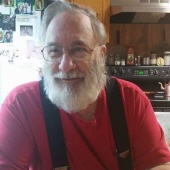 Vance Kenneth Gorke
May 11, 1933-March 22, 2020
Vance Gorke was born in Syracuse, NY to the late Frederick K Gorke and the late Ruth E. Whiteside Gorke.
He was preceded in death by his brothers James and William Gorke, and his second wife Shirley Payne-Gorke.
He was active in his community as a volunteer fireman with the Howlett Hill Fire Department and a Member of Masonic Lodge #0524 F&AM of Marcellus, NY.
But his first devotion was to his children which he raised in the Marcellus, NY area with his first wife Doris Filkins Gorke.
Vance is survived by his four children Sherry Kernes, Cindy Kitt, Linda Gorke Stanley, and Vance Gorke Jr (Lisa).
When the children were grown, he found and married his high school sweetheart, Shirley Payne-Gorke.
In 1993 they moved to Mineral Bluff, Ga where his stepchildren were located, Vic, John, Kenny, Billy Payne, and Bonita Hampton and Tina Allen.
If you ask Vance how many children he had, the answer was always 10.
Vance loved his 20 grandchildren. He was always excited to talk and hear about their growing families. At today's count, he has 26 great-grandchildren.
The greatest gifts you could give him were pictures of the children.
To order memorial trees or send flowers to the family in memory of Vance Kenneth Gorke, please visit our flower store.