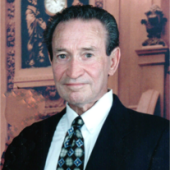 Mr. William "Bill" Robert Champ, age 83, of Blairsville, GA passed away peacefully at home surrounded by family on Tuesday, December 10, 2019. Bill was born on September 20, 1936 to parents James and Jennie Champ. He is preceded in death by his only sibling, Joyce Oldham. Bill was born and raised on a farm in Paint Lick, Kentucky where he spent his childhood years.

After his school years, Bill began his career by serving in the U.S. Navy from 1955 to 1961. The remainder of his career was diverse and expansive, including owning Golden Valley Ranch in St. Petersburg, Florida, a hotel in Red Boiling Springs, Tennessee, and even a trucking business. Most of his expertise was utilized in the transportation industry and he gained over 30 years of experience in senior management positions at Trailways Lines, MARTA, Williams Detroit Diesel and First Transit. Bill was a founding member of the Board of the Georgia Transit Association and had significant experience in alternative fuels. Bill was a board member and Regional Director of APTA (American Public Transportation Association).

Even after retirement from Williams Detroit Diesel in 2001, he continued to consult in various interim management positions on and off for 12 years. Despite his expansive career, his greatest accomplishment was his family. He was a very proud husband, father, grandfather and great-grandfather. Mr. Champ was two days shy of celebrating his 46th wedding anniversary with his wife and best friend, Kathie. Their son, James "Jim" (Jacqueline) of Woodstock, GA survives him along with children Jennie Lynn Prust (Al) of Tupelo, MS, William R. Champ, Jr. of St. Petersburg, FL, Debbie Finelli of St. Petersburg, FL, April Pemberton of Chattanooga, TN, Jennifer Green (Jeff) of Woodstock, GA, twelve grandchildren and four great-grandchildren.

A Gathering of Remembrance will be held at 11:00 a.m. on Tuesday, December 17, 2019 at Cochran Funeral Home of Blairsville where stories will be shared by those in attendance. The family will receive friends at the Funeral Home from 10 until 11 am. Interment will be held at 2:30 p.m. on Tuesday at Georgia National Cemetery in Canton, Georgia with Military Honors presented by the United States Navy.