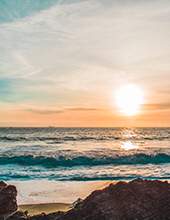 Mr. Markey was born on May 31st, 1940, a son of the late Thomas William and Elizabeth (Unger) Markey. He worked as a marine mechanic for many years while living in the Florida Keys before moving to Blairsville. He enjoyed golf, boat racing, and his model T.

Arrangements are entrusted to Cochran Funeral Home & Crematory of Blairsville.
To order memorial trees or send flowers to the family in memory of William Thomas "Bill" Markey, please visit our flower store.