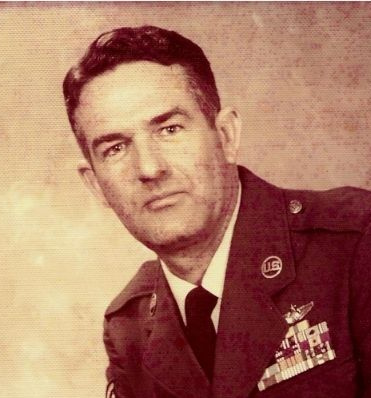 Billy proudly served his country from July 1951 to July 1971 in the United States Air Force. He was a crew chief for the C-47 "Gooney Bird" and logged over 3400 hours of flight time. Billy visited over 30 countries. He served in both the Korean War and the Vietnam War.

Billy married the love of his life, wife Nannie, in 1955 and lived in Charleston, South Carolina; Naples, Italy; Orlando, Florida; and Blairsville, Georgia.

Billy was a "jack of all trades" when he retired from the Air Force. There was nothing he could not fix or build. Often times, he would create the tools he needed to finish a job because what he could buy just wouldn't work the way he thought it should. Billy appreciated expert craftsmanship and always made sure what he did was done right the first time. His pride and joy was a 1966 Ford Mustang that he purchased in April 1966. He enjoyed attending the Blairsville Cruisers car shows, both at the Farmers Market and on the Square.

He was preceded in death by both parents; his brother, Marion Hancock and sister, Anna Jean Baker. He is survived by his wife, Nannie and daughter Jodi Hancock; sister Mae Wells; sister Jane Dunmon. Billy is also survived by several nieces and nephews and a host of friends.

Memorial service:
The Hancock's will host friends and family Friday, June 3, 2022 at 11:00 am at Faith Baptist Church, 24 Faith Church Road, Blairsville, GA. Eulogy will be given by family friend, Sammy Nichols.

Cochran Funeral Home is honored to serve the family of Willie J Hancock Jr.; you may send condolences to the family and sign the guest register at www.cochranfuneralhomes.com.

To order memorial trees or send flowers to the family in memory of Willie J Hancock Jr., please visit our flower store.