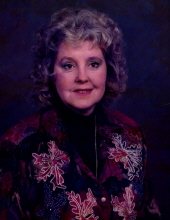 Mrs. Badertscher was born in Amsterdam, Netherlands on February 26, 1941 to the late Cornelius & Uberdina Groen. She immigrated to the USA in 1956. Yvonne met the love of her life, Elmer Badertscher while he worked for Pan Am in Merritt Island, FL. They married in 1959 and raised two children together. The family's most memorable moments were preparing for their summer camping adventures, traveling throughout 48 out of the 50 States. They especially enjoyed frequenting Vogel State Park. In the early years, She was a member of Bonneville Baptist Church. Later, Yvonne supported Elmer while he served as a Deacon and Sunday School Superintendent at Fort Christmas Baptist Church in Fort Christmas, FL. The two truly complemented one another. They both enjoyed working in the garden, but Yvonne appreciated the aesthetic and decorating flowers where Elmer would tend to the crop yielding varieties.

Yvonne had a love for art and found inspiration and beauty everywhere. She would capture moments in gorgeous paintings through many different mediums such as oil, water, ceramics, and metal. Throughout the years she would enter her pieces in various competitions. She was also known for cooking and baking delicious traditional Dutch dishes.

Yvonne was devoted to her family as a full-time mother. Later, she found time to work in voting precincts for elections and then as an Administrator for the University of Central Florida. Elmer and Yvonne had a dream to move to Blairsville, GA because of many of their camping adventures. Yvonne began to work to make ends meet as they established a storage business and begin the transition.With many years of sacrificing and dedication, they made their dream come true in 1994.

Funeral Services will be held at 3:00 p.m. on Sunday, September 6, 2020 from the Chapel of Cochran Funeral Home with Rev. Derrick Hartley officiating. Interment will follow at Union Memory Gardens where she will be laid to rest next to her beloved husband. Gentlemen selected to serve as pallbearers are Wayne Badertscher, Arthur Groen, John Groen, and Derrik Gavin. The family will receive friends from 1 p.m. until the service begins.

In lieu of flowers, memorial donations may be made to the American Cancer Society online at www.acs.org.